1.How can the child birth trauma (injury) lead to paralysis of the upper limb?

There is a network of nerves supplying the upper limb and it is called brachial plexus. This can be stretched because of a difficult labour as it is happening in a classical motor bike accident for a young adult.

The incidence is about 1.5 per 1000 live births in United States and we do not know the exact incidence in Sri Lanka. The main cause is overweight new born trying to come through the birth passage. The vulnerability is high when the shoulder tries to come before the head leading to the stretching of the nerves going to the upper limb. Often the infant may have undergone forceps or vacuum delivery. Although it appears to be the fault of the team looking after the child birth, the incidence has not reduced even in countries like united states with all the modern facilities for a safe delivery. There is some evidence to say that the injury occurs before the new born comes out of the birth passage and also cases have been reported even after caesarian section. Therefore, it is important to find a solution for this unfortunate injury rather than trying to find fault and accusing somebody.

2.  What is the role of the plastic surgeon in the management of this unfortunate injury?

During the last decade the management of this injury has undergone lot of advancements although it is little bit late to reach Sri Lanka. So far most of these cases are being looked after by the physiotherapists and no active management is happening.

When the new born child has paralyzed upper limb due to birth injury to the brachial plexus, the parents are usually reassured saying that it is going to recover without issues. The percentage of recovery of most of the obstetrician would tell is about 80% of full recovery. In fact, this is good consolation for the parents to hear that it is going to recover without any intervention. However, in reality of complete recovery is about 30% of the injury without any residual deformity. Although the rest is going to have recovery there will be invariably some deformity. Unfortunately, many clinicians as well as physiotherapists looking after these patients do not have updated knowledge about the proper management of this unfortunate injury.

3. What are the types of neonatal brachial plexus palsy and how do you manage them?

It is possible to get complete recovery from upper plexus injuries without any residual deformity. These subcategories would recover fast from the paralysis following the birth injury during the initial 2 months. However, most of the upper plexus patients take 3-6 months to recover. These patients do not need a surgical intervention for nerve reconstruction urgently. However, there is very high probability of having some residual deformity in most of these patients although they recover some movements of the shoulder and elbow.

The Upper plexus injury infants who are not recovering well after 6months would need surgical exploration and reconstruction with nerve grafting (bridging the gap with the use of a dispensable nerve taken from same infant). The extended upper plexus and pan plexus injuries are usually due to severe force on the neck to stretch the nerves and usually recover very poorly. Therefore, usually they have to be explored and reconstructed after 3 months.

The brachial plexus injury exploration and reconstruction in infancy is a major operation. It usually takes 6-8 hours. This is mainly due to very slow dissection and meticulous repair of the damaged nerves. Post operatively the infant recover from the surgical trauma fast. However, the nerves have to grow from the repaired place to the target muscle. The rate of the growth is 1mm per day and it would take at least 3-4 months for the shoulder to function and 6-7 months for the elbow to function. It would take about a year for the hand to function after a nerve reconstruction at the neck.

Therefore, it is important to understand appropriate referral to a plastic surgeon who does these kind of surgery early in order to plan the management. I would like to suggest getting an opinion from a plastic surgeon around two months of age would be important and merely continuing physiotherapy may end up in a deformity which would have been reconstructed.

The muscles of our body has got receptors or sensors to detect electrical signal sent to the muscle through the nerves. There is a progressive loss of these receptors after the nerve injury. After about 18 months there won’t be an adequate number of receptors to produce useful a limb movement.

Pan plexus injuries should be corrected as early as 3 months since the time taken for the nerve to regrow after the repair is slow as 1 mm per day. It is important to realise that each day matters for the ultimate recovery. Unfortunately, some parents seek alternative treatments and present late losing the best chances of good recovery. It is very important to realize that modern imaging with MRI scanning cannot clearly comment the degree of injury and predict the extent of recovery. Obviously, the astrological analysis of planets of an infant cannot predict the recovery of the limb. Unfortunately, some of our parents are having faith in alternative medicine in contrast to the evidenced based medicine. 3.  What is going to happen for the infants with upper plexus injuries (kids with only shoulder and elbow affected) who recover slowly between 3-6 months?

This subgroup of patients is mismanaged mostly. These kids are going to develop few deformities during the recovery of the injury. 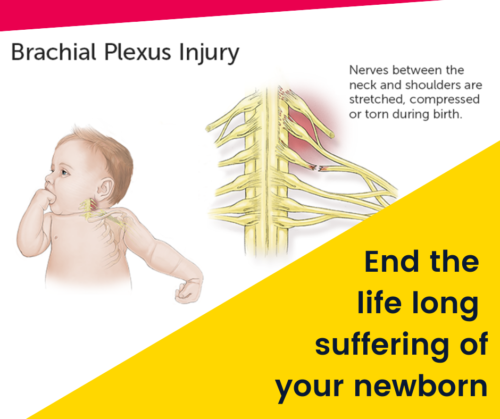 4.  What can be done for these patients surgically?

The kids having internal rotation contracture of the shoulder due to muscle imbalance can be treated with shoulder muscle transfers successfully. In simple words the operation changes the muscle direction of pull by changing the muscle attachment to the bone. When one or two internal rotators are transferred for external rotation the power balance disappears.

When it is performed at the correct time the development of deformity would be minimized and result in an equal size limbs functioning almost normally. In some cases, these patients could be helped with Botox injections also.

The elbow joint deformities are also common. There could be pronation deformity and supination deformity. It is possible to correct these also by tendon transfer or tendon rerouting techniques.

The pan plexus injury patients develop wrist and hand deformities when allowed to recover spontaneously. Most of these deformities could be helped by surgical procedures to restore some function of the hand useful for the patient. Although the patient has missed the best chance of recovery in the infancy with nerve reconstruction.

5.  Can you help the patients coming to you late?

Often the parents bring the infant or child to us quite late. The nerve reconstructions are not successful when performed after the age of one year. However, it does not mean that we cannot help the children who are coming late although it is better to see them earlier.

There are alternative reconstruction procedures for the late presentations although the results are inferior.

When the child recovers without any surgical intervention and develops secondary deformities it is better to surgically correct that after 2 years of age. However, these deformities can be treated even when present quite late and with bony changes. In such cases the number of procedures may be more to achieve a perfect result. 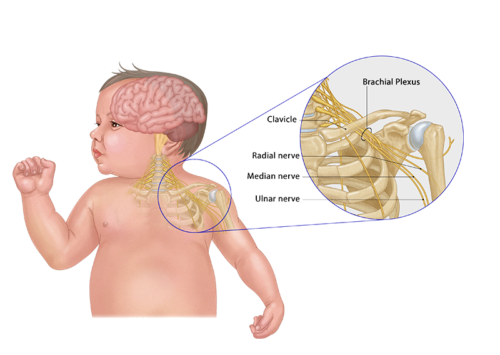 6. How is the outcome of these procedures?

As the infants and children have excellent regeneration capacity and wound healing.  So the results amazingly good. It is a rewarding experience to see these children normally moving a previously paralyzed or deformed limb.

8.  Are these Surgical procedures safe for infants and children?

Well any surgical procedure would carry some risk. Specially, the nerve reconstruction procedures could be prolonged up to six to eight hours. However, when performed by a team with experience in child anesthesia the risk is minimal. The surgical procedure is an extremely delicate exercise and unlikely to cause major problems.

9.  Are there any other modalities of treatment other than surgery for this kind of problems?

For a long time, the faith was on the physiotherapy and it has been clearly proven that vigorous physiotherapy only cannot prevent the deformities although it is important to follow physiotherapist advise to keep the joints not getting stiff. Early cases of shoulder and elbow deformities may be helped with Botox injections without surgical intervention.

As far as I know there is no other alternative or complimentary medicine with proven effect for this problem. One should not waste time by doing trials on the alternative medicines when there is proven treatment available.